I hope that everyone had a fun and safe celebration last night. I know the fiance, and I kept a low profile. A fancy home-cooked meal, champagne, and Netflix. We got to watch some of the Kitsilano fireworks from our apartment. I was a little surprised that there wasn’t a big show on the beach. I hope the new firework ban isn’t going to dampen Vancouver’s love for fireworks.

Anyhow, in honor of 2020, I decided to write a bonus post for the week on horoscopes and how they can play into our writing. I think this could be an interesting area for you to incorporate into your character-building process. According to a 2009 Harris poll, 26 percent of Americans believe in astrology, which is a substantial number of people. So statistically, a decent amount of our characters, who we want to be lifelike, should be interested in their horoscope as well.

So today, I wanted to look into the history of horoscopes and astrology, how we can incorporate them into our writing, and I was going to give you some astrology resources.  I would also like to point out that I think horoscopes are fun, and I do not personally prescribe to their hype. Anyway, without further adieu, let’s get to it!

What are Astrology and Horoscopes?

Before we get in too deep, I wanted to quickly give you some definitions for astrology and horoscopes.

Astrology: the study of the movements and relative positions of celestial bodies interpreted as having an influence on human affairs and the natural world.

Horoscope: a) a forecast of a person’s future, typically including a delineation of character and circumstances, based on the relative positions of the stars and planets at the time of that person’s birth. b) a short forecast for people born under a particular sign, especially as published in a newspaper or magazine. c) a birth chart.

Zodiac sign: an imaginary belt of the heavens, extending about 8° on each side of the ecliptic, within which are the apparent paths of the sun, moon, and principal planets. 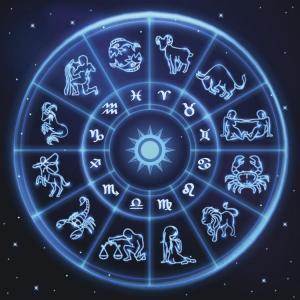 The History of Horoscopes and Astrology

As we all know, early human societies were primarily focused on surviving, but this didn’t prevent us from looking up into the star-laden sky searching for answers. Stargazing saw the development of telescopes and the discovery of other celestial bodies in our universe. It acted as a calendar for farmers in Ancient Egypt and was a compass for those traveling and discovering new areas.

Stargazing also led to the development of astrology and horoscopes. However, no one really knows who came up with the idea of using stars to make sense of what was happening here on earth, nor do we know when it first came into use. Historians have pinned the use of astrology back as far as Ancient China, the Sumerians, and Babylonians.

In Ancient China, eclipses and sunspots were seen as portents of good or bad times for the emperor. The Sumerians and Babylonians are thought to have had many divination practices, and they watched the stars and planets as a way to keep track of where gods were in the sky. The ancient Egyptians thought that the sun moved through certain constellations at certain times of the year, contributing to the idea of astrology.

However, historians believe that our modern conception of astrology was formalized after Alexander the Great conquered Egypt around 330 BC. Here’s how NASA has described how the logic of the Greeks led to the creation of our zodiac system:

So how did astrology become so popular? Well, Smithsonian Magazine believes that astrology rose to the fore when R.H. Naylor was given a newspaper horoscope column in the first half of the 20th century. Naylor was given a chance to do the star chart for the recently born Princess Margaret in August 1930 when Britain’s go-to astrologer, and Naylor’s mentor, was unavailable. Here’s a summary of what he predicted:

On August 24, 1930, three days after the Princess’s birth, Naylor’s published report predicted that her life would be “eventful”, an accurate if not entirely inspired forecast given that she was, after all, a princess (he didn’t, it appears, foresee the Princess’s later star-crossed romances and lifelong love affair with alcohol and cigarettes). He also noted that “events of tremendous importance to the Royal Family and the nation will come about near her seventh year”, a prediction that was somewhat more precise – and seemed to ring true right around the time that her uncle, King Edward VIII, abdicated the throne to her father.

At this point, it wasn’t uncommon for newspapers on both sides of the Atlantic to consult with astrologers. After Naylor’s predictions started to come true for Princess Margaret, horoscopes became a popular feature in newspapers. Following the interest the public showed in the Princess Margaret horoscope, the Sunday Express newspaper decided to run several more forecasts from Naylor, which cemented his “power” for predicting future events based on the stars’ guidance. 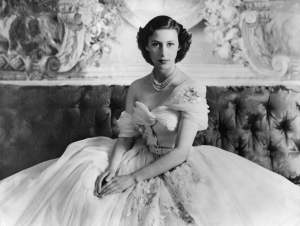 This brought the attention of the general public to the star section of the newspaper.  The birth of the modern horoscope column was hence born. By 1937, the column became more widespread and incorporated the zodiac characters that we see today. Horoscopes got another boost in the 1960s and 1970s when the New Age philosophy and ideals made it into mainstream culture.

Horoscopes are getting another boost at the moment, according to The Atlantic, due to its wide adoption by Millenials.

“Over the past two years, we’ve really seen a reframing of New Age practices, very much geared toward a Millennial and young Gen X quotient,” says Lucie Greene, the worldwide director of J. Walter Thompson’s innovation group, which tracks and predicts cultural trends.

The rise of the internet has contributed significantly to the growth of astrology into the culture’s mainstream channels. It’s highly memeable, and an abundance of in-depth information available online makes it easy for the zodiacs to infiltrate everyday life.

According to The Atlantic article I found, people gravitate to astrology and horoscopes in times of stress. This idea has been supported by a 2017 study conducted by the American Psychological Association, which concluded that Millenials and Gen Xer’s are some of the most stressed generations in years. Astrology is a balm for the stress of these generations and provides hope in times of stress.

Why We Should Use Horoscopes in Our Writing

Astrology expresses complex ideas about personality, life cycles, and relationship patterns through the shorthand of the planets and zodiac symbols.

One of the main components of horoscopes is that each of the 12 zodiac signs corresponds with a month and a set of personality traits. That’s the part that I want to focus our character development on. Whether you believe in horoscopes or not, there can be some trends with certain people born at specific times of the year. I am not saying this is scientifically correct, but there are some coincidences.

When you’re filling out a chart on your character, it may be prudent to check out the zodiac sign that your character falls under. This can help give you some ideas for personality traits and habits that can be incorporated into that particular character’s make-up.

As the Metaphysical Zone suggests, you could even cast the horoscope for your characters to get a “more accurate view” of what that character would be like if they were real. To do this, you can use a popular astrology website or develop it yourself with the help of an astrology how-to book. However, the site did point out that you’ll want to focus on the heavy planet aspects of the horoscope chart as those outline essential personality traits. Basically, this is an extra tool for you to use to flesh out your characters!

Also, having your characters check the daily newspaper or a magazine column for their horoscope can be a fun addition. (Remember 26 percent of Americans believe in horoscopes.) You can also use horoscopes as a way for people to relate to each other. I know in my life I’ve had friends jokingly refer to failed or successful relationships or friendships based on the other person’s zodiac sign.

As I previously mentioned, there is an abundance of resources for you to use out there for figuring out a character’s horoscope. I figured I’d be nice and compile some of that information for you here to save you on the research time.

If you want quick snapshots of what a particular sign is all about Pinterest or Tumblr are good places to start! Both of these websites have it broken down into a specific aspect of that particular sign and how it would react in a given situation. A lot of their resources will look something like this:

Another good snapshot spot to look at is Bryn Donovan‘s Master Post for all the signs.

Good spots to look for daily, yearly, monthly, and weekly horoscopes would be your local newspapers or big ones like the Globe and Mail. Websites such as astrology.ca and Cafe Astrology are also excellent places to check out. Cafe Astrology, in particular, will create a natal chart for your character for free.

However, if you want to dabble with some of this yourself here are some print sources for you to figure it out yourself:

That’s it for me today! I hope that the history of astrology and horoscopes will prompt you to at least consider using horoscopes in your character development processes. Either way, I hope you learned something new and valuable.

Don’t forget to check in tomorrow for the long-awaited plot post.